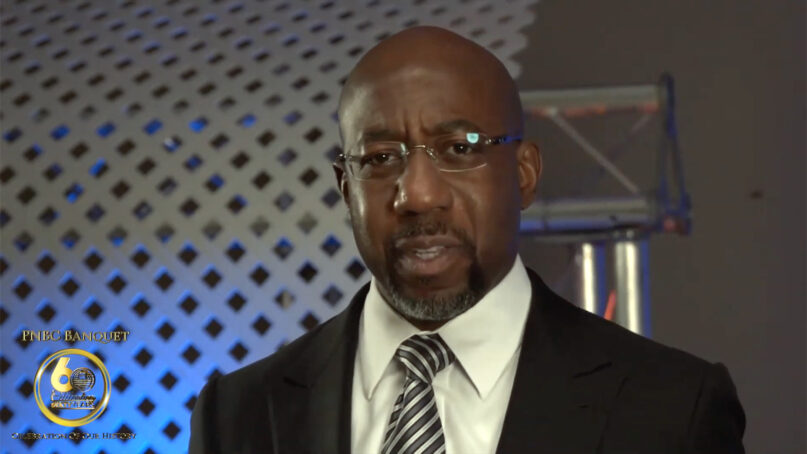 “If we don’t check what they’re doing in Georgia, they’ll be able to nullify the votes and the voices of the people after they have already been cast,” Warnock, Georgia’s first Black U.S senator, said in a Wednesday (Aug. 4) keynote banquet speech at the virtual 60th annual gathering.

“This is the delta variant of Jim Crow voting laws. The only inoculation is federal legislation and the only way that happens is for God’s people to stand up. So thank you, Progressive, for standing up. Thank you for bearing witness to God’s love and God’s justice in the world.”

The PNBC is considered the “spiritual home” of the Rev. Martin Luther King Jr. and formed as a breakaway group from the National Baptist Convention in 1961 after the NBC opposed sit-ins and other civil rights protests.

Warnock also is pastor of Ebenezer Baptist Church, a prominent Atlanta church where King once was a co-pastor.

To read the full article go to: https://wordandway.org/2021/08/06/warnock-progressive-national-baptists-focus-on-voting-rights-during-annual-meeting/